by christina | May 3, 2022 | Thyroid Radiofrequency Ablation 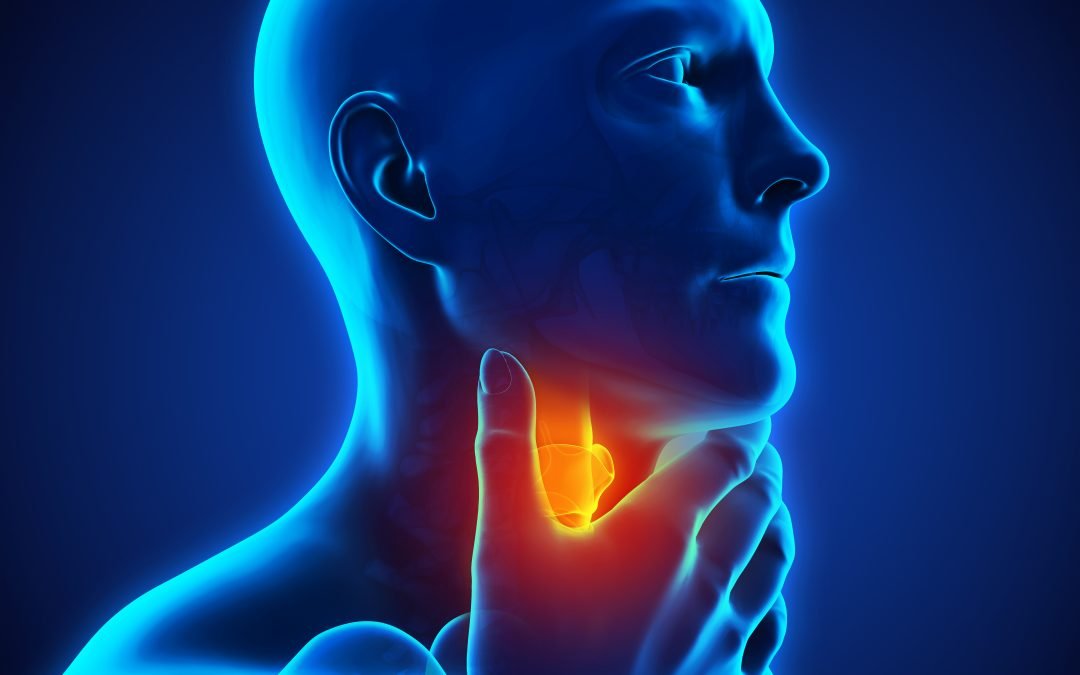 Thyroid RFA (Radiofrequency Ablation) is a safe and minimally invasive treatment option that’s considered the most effective and quick treatment option for benign thyroid nodules. However, since RLN (Recurrent Laryngeal Nerve) is too close to the thyroid gland’s posterior part in the tracheoesophageal groove, it poses a risk of thermal injury during the therapy session. Most RLN injuries cause immediate voice change. Unfortunately, there isn’t any standardized protocol to treat this. However, an experiment was conducted on a 44-year-old woman to improve symptoms of nerve damage.

How was the experiment conducted?

A 44-year-old woman had a euthyroid along with a 3.4cm right-sided thyroid nodule, which was causing cosmetic issues and compressive symptoms. Therefore, she opted for a Thyroid RFA procedure to relieve symptoms. To perform the procedure, the standard aseptic technique was followed. Using a trans-isthmic technique, an 18 gauge RFA probe having a 0.7cm active tip was inserted into the thyroid nodule. Initial power was set at 30 watts, and then ablation was started.

The patient was advised to answer a standard question every 1 to 2 minutes to evaluate the voice change. Unfortunately, when the nodule’s inferior part was being ablated, the patient’s voice changed and became hoarse. Therefore, the therapy session was stopped immediately.

After that, using ultrasound guidance, a D5W was injected using a 25 gauge needle at a temperature of 0 to 4°C into the transesophageal groove. This was performed by injecting intermittent, small boluses until a 10mL of D5W was inserted, and the infusion was stopped.

When the woman’s voice returned back to normal, the needle was removed. The ablation was completed then, and the patient’s voice was evaluated 3 days and 2 weeks after the therapy, and it remained normal.

Thyroid RFA has recently gained popularity in the U.S. for the treatment of thyroid nodules and the case studies to prove its effectiveness are gaining traction. Thyroid RFA can be considered an alternative to thyroidectomy for thyroid nodules in patients who can’t or don’t want to undergo surgery. This experiment concluded that when injection of cold D5W is injected immediately during RFA of thyroid nodules it mitigated the risk of thermal injury to RLN. It’s recommended that prior to performing Thyroid RFA, a cold D5W at a temperature of 0 to 4°C must be readily available.

To safely perform Thyroid RFA, appropriate training programs must be established where skills can be practiced under experts’ supervision. Prerequisites to learning the working procedure of Thyroid RFA must include a thorough understanding of neck anatomy, the ability to interpret neck ultrasonography, and sufficient skills to perform thyroid fine-needle aspiration.

If you are interested in learning more about Thyroid RFA medical equipment for your practice RGS is your one-stop-shop for medical imaging equipment. We offer a wide variety of products, including C-Arm machines, MRI systems, ultrasound machines, and so much more. Our goal is to meet the needs of our customers by providing top-quality service and equipment, competitive pricing, financing options, and a knowledgeable team with years of experience. That way you can build your practice with these new innovative technologies. Call us today at 407-759-4302 or contact us online to schedule a consultation with one of our experts!

Disclaimer: None of the information posted is intended as medical, legal, or business advice, or advice about reimbursement for health care services